The Maumee River begins its 137-mile northeastward journey in Fort Wayne, Indiana, at the confluence of the St. Joseph and St. Marys rivers and empties into Maumee Bay (Lake Erie) in Toledo. Covering over 6,500 square miles (4.2 million acres), it is the largest drainage basin in the Great Lakes Watershed. More than 3,900 miles of rivers and streams flow into the Maumee, including the Auglaize, Blanchard (via the Auglaize) and Tiffin rivers. The upper 43 miles of the Maumee River in Ohio are designated as a State Scenic River.

Historically, the Maumee River was also known as the Miami River and called “Miami of the Lake,” not to be confused with the Miami River in southern Ohio, which was known as “Miami of the Ohio.” The word ‘Maumee’ is an anglicized spelling of the Ottawa name for the Miami Indians, ‘maamii.’ The Maumee River provided a strategic backdrop during the Northwest Indian War in the decisive Battle of Fallen Timbers in 1794. Many forts, including Defiance, Loramie and Recovery were established to protect trade routes along the river. 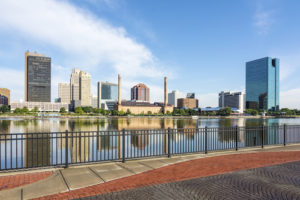 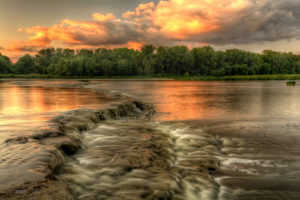 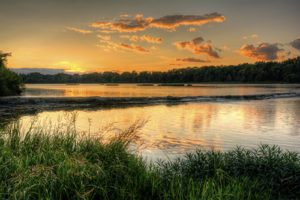