The 65-mile Vermilion River flows north from the Savannah Lakes (Mud Lake and Spring Lake) in the village of Bailey Lakes (Ashland County). It empties into Lake Erie in the city of Vermilion (Erie County). Significant tributaries to the Vermilion include the East Fork, the East Branch, the Southwest Branch and Buck Creek. The Vermilion River watershed is 268 square miles (171,520 acres) and covers portions of Ashland, Erie, Huron, Lorain and Richland counties.

The southern shore of Lake Erie near the Vermilion River mouth was inhabited by the Erie Indians until around 1655 when hostile Iroquois people moved into the area and eradicated them. By the 18th century, Chippewa, Ottawa and Wyandot tribes began to occupy upland areas adjacent to the river to trade furs and to take advantage of prime hunting and fishing locations.

The name “Vermilion” is derived from an old French word meaning ‘red,’ which is representative of the reddish clay commonly found along the river’s course. 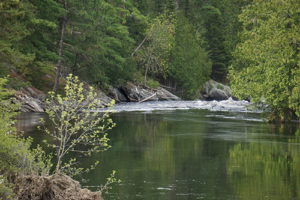 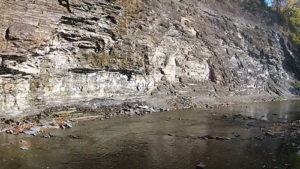